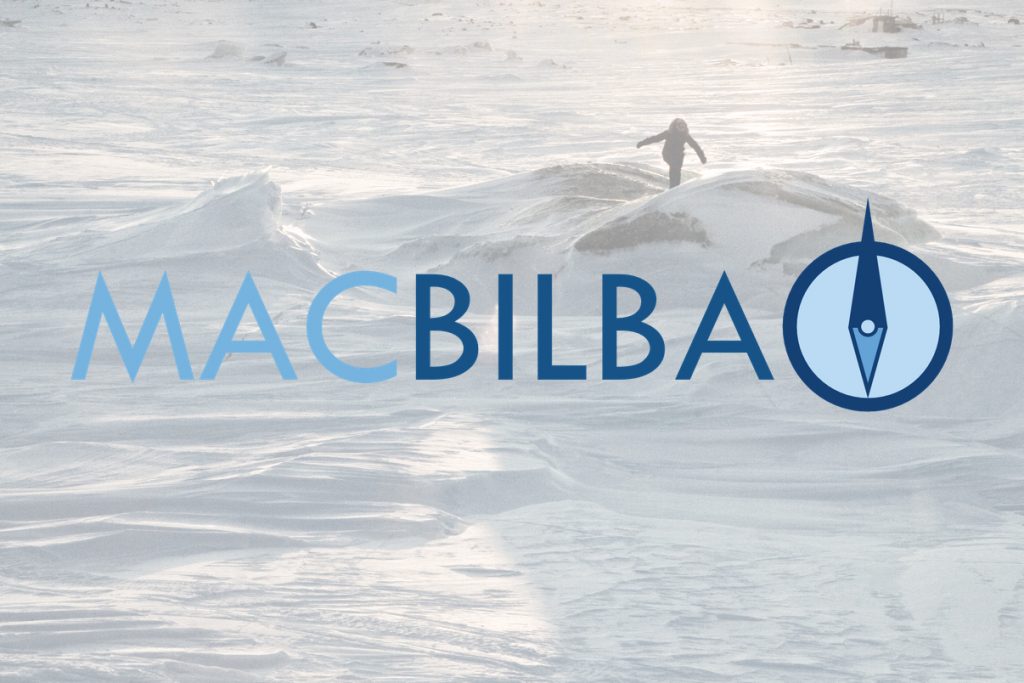 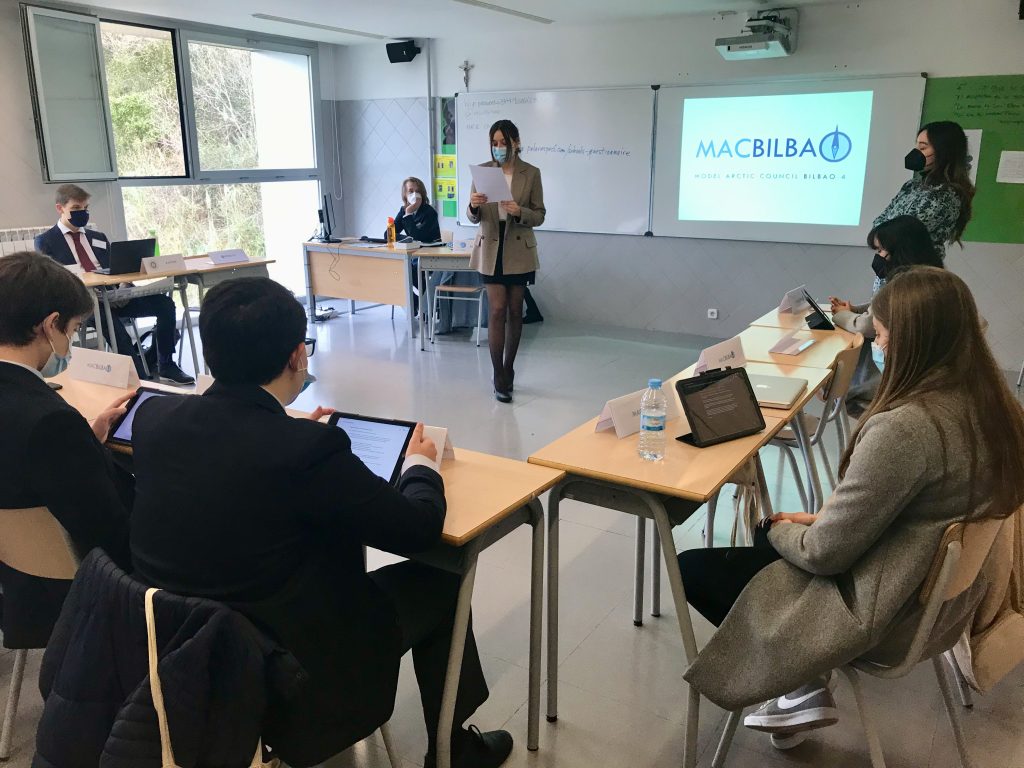 Last weekend, the fourth Model Arctic Council Bilbao (MAC Bilbao) conference took place after a long hiatus due to the Covid-19 pandemic.  It was a delight finally to return to MAC Bilbao’s host school, Colegio Ayalde, for the first time in two years!  Many thanks as always to Señora Nicola Dignum for the invitation to bring Model Arctic Council to Spain.

Twenty-one pupils representing eight secondary schools in the Netherlands and Spain took part in MAC Bilbao this year.  With cross-border travel still uncertain, yet with model diplomacy growing in popularity in Spain, four of these schools had not participated in MAC Bilbao previously.  It was a pleasure to welcome their pupils.

MAC Bilbao runs alongside Colegio Ayalde’s internationally recognised Model United Nations conference, MUN Bilbao.  Both conferences began on the evening of Thursday 27th January with an opening ceremony in the stunning Paraninfo at the University of Deusto, where I had the privilege of addressing combined MUN and MAC Bilbao delegates on the Arctic and climate change.  The next morning, MAC Bilbao delegates settled down to the business of negotiating a joint declaration on the issues of the thawing Arctic permafrost and the challenges surrounding the transmission of Indigenous Knowledge from elders to youth.  Reaching consensus was difficult, however, and by Saturday afternoon, delegates had unfortunately begun to lose heart.

At MAC Bilbao, just as at all my Polar Aspect MACs, I ensure that delegates have time for ‘debriefing’ sessions, in which they can reflect on their negotiations together with me and other Arctic experts.  Even when delegates are pleased with their progress, these sessions are vital in helping them transform their knowledge into learning.  But when they are as frustrated and unsure as they were at MAC Bilbao this year, then a subtle yet teacherly nudge is often all it takes to help them see for themselves a potential way forward.

And I’m pleased to report that delegates did indeed rally!  In the end, after some hugely concentrated diplomatic discussions involving a bold draft text circulated and promoted by one of the delegations, and to their own considerable relief, they managed unanimously to agree the fourth Bilbao Declaration.  Congratulations to them!

MAC Bilbao is not only a collective effort between the delegates, but also between me and my Secretariat staff.  I’m most grateful to Naiara Gil and Rosie Tregenza, who have assisted me with MAC Bilbao from its inception and whom I was greatly pleased to see in person again, as well as to former MAC Bilbao delegates Ana Gomez and Maria Eza.  Very special thanks go to Oskar P from Germany, whose school took part in MUN Bilbao, and who took on his assignment to the MAC Bilbao Secretariat with great enthusiasm and ability.

Considering how many MAC Bilbao delegates were new to the MAC format and even to model diplomacy this year, it’s especially encouraging to have received such positive feedback from them:

Stay tuned for the dates of MAC Bilbao 5 next year!  If you or your school would like to hear more about MAC Bilbao and other Polar Aspect MAC opportunities, please don’t hesitate to contact us.