This past weekend, from Thursday 3rd to Sunday 6th March, delegates gathered at Norwich School in Norwich, UK, for the sixth Norwich Model Arctic Council (NORMAC) for Schools.  Due to the pandemic, a long two years had passed since the fifth NORMAC, and it was exciting finally to reconvene our flagship Polar Aspect MAC for schools!

NORMAC 6 was smaller than previous conferences, with some schools unable to attend due to continued pandemic-related restrictions on travel and gatherings.  Nevertheless, a smaller conference is often a pleasantly intimate conference, and I was delighted to welcome to Norwich 33 pupils and six teachers from four schools in the UK and Spain.  They joined 15 pupils and one other teacher from Norwich School serving on the NORMAC 6 Secretariat, who deftly helped me to manage what so far as I know is still the world’s only stand-alone MAC at the secondary-school level.

Sadly, NORMAC 6 took place against the violent backdrop of Russia’s unprovoked and immoral invasion of Ukraine, which began a week before we convened our conference.  Russia also happens to hold the rotating Arctic Council chair until May 2023, and on the very same day that NORMAC delegates gave their opening statements, the other seven Arctic states issued a joint statement declaring that they were unable to proceed with Arctic Council meetings under current modalities.  The Arctic Council’s vital diplomatic work has been paused since then. 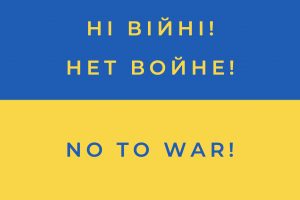 War is a failure of diplomacy, and it was impossible to begin a model diplomacy conference such as NORMAC without first saying ‘No to war!’.  Polar Aspect MAC conferences teach the principles of cooperation, collaboration and consensus—principles with which war is incompatible.  In this context, NORMAC takes on special salience as a channel through with youth can demonstrate their commitment to dialogue, and their capacity for concord.

Fortunately, as explained in Polar Aspect’s statement on Ukraine, there was no question of any pupil, teacher or observer having to accept a fictive Russian chairmanship of NORMAC, as all Polar Aspect MACs are chaired by a third-party Secretariat that I myself direct.  Polar Aspect MACs also respect the Arctic Council prohibition of the discussion of military matters.  NORMAC delegates were therefore able to proceed with their simulation of the Arctic Council, an organisation that remains of enduring value, and to discuss the important the important environmental, social and governance challenges facing the region and its peoples.

At NORMAC 6, delegates discussed the thawing Arctic permafrost, which is both a consequence and cause of climate change, and which may reach a potentially catastrophic tipping point in the near to medium term.  They also discussed the challenges involved in ensuring the continued transmission of Indigenous Knowledge from elders to youth, which is vital to the cultural survival of Arctic Indigenous peoples, and which preserves and augments one of humanity’s vast storehouses of knowledge.  Delegates submitted discussion papers on both of these topics ahead of the conference, which were circulated to all participants to facilitate consensus building.

The conference officially began on the Thursday afternoon with a welcome from Mr Steffan Griffiths, Head of Norwich School; a clear ‘No to war!’ statement from Polar Aspect; and my own stage-setting presentation on the Arctic, the Arctic Council and NORMAC.  In this presentation, I especially encourage delegates to view the Arctic as a homeland, rather than as an unpeopled wilderness or a natural-resource frontier.  Heads of Delegation then gave opening statements in which they expressed their delegation’s perspectives on the Arctic and on the conference topics, and their hopes for fruitful discussions.  All participants then enjoyed a welcome dinner in the Norwich School refectory. 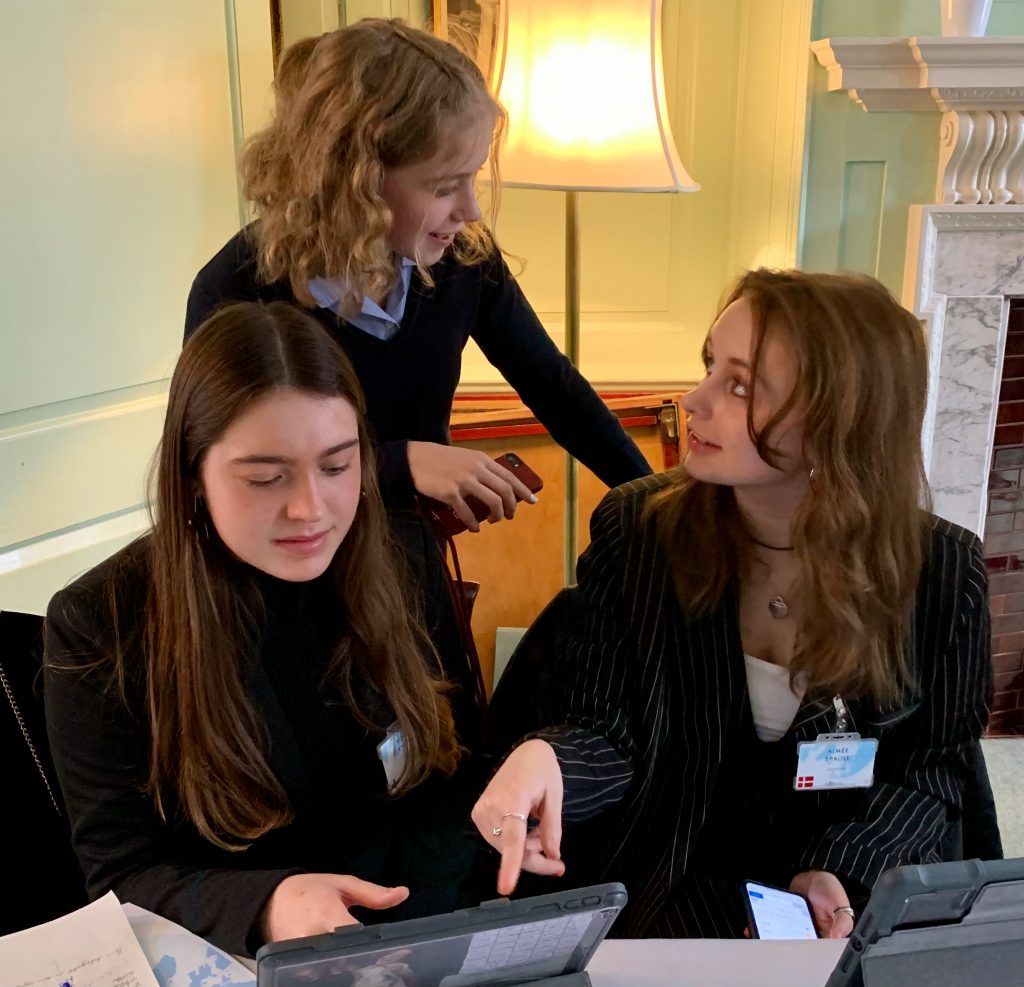 The next day, negotiations began in earnest, around boardroom tables in the refined and business-like surrounds of the Norfolk Club, whose excellent hospitality and efficient hosting allowed delegates to concentrate on their diplomatic work.  Delegates divided into two groups representing two Arctic Council Working Groups—the Arctic Monitoring and Assessment Programme, considering the question of thawing Arctic permafrost, and the Sustainable Development Working Group, considering the question of the intergenerational transfer of Indigenous Knowledge.  Working Group meetings continued for the full day, with delegates conducting an initial exchange of views, and Secretariat staff facilitating discussions, noting down points and summarising areas of agreement and disagreement.  The resulting documentation was provided to delegates for review ahead of the next day’s round of talks.

On Saturday, delegates gathered in the Blake Studio at Norwich School to begin the work of drafting a joint declaration on the issues.  Now playing the roles of Senior Arctic Officials (SAO) of Arctic States and Arctic Indigenous peoples’ organisations, they proposed, discussed, amended and decided each clause of the declaration.  Progress was slow, not only because delegates were undertaking more delicate work, but also because they became bogged down trying to negotiate disagreements using formal procedures of discussion.  By the end of the day, delegates were a bit exhausted, and though they believed agreement was possible, they were unsure how to achieve it.

At NORMAC, just as at all my Polar Aspect MACs, I ensure that delegates have time at the end of each day for ‘debriefing’ sessions, in which they can reflect on their negotiations together with me and other Arctic experts.  Even when delegates are pleased with their progress, these sessions are vital in helping them transform their knowledge into learning.  But these sessions can be especially helpful when delegates need to step back from more challenging discussions and consider—with the help of some subtle teacherly guidance—the best way forward.

NORMAC participants were also able to socialise and draw closer together on Saturday evening, dressing up in black-tie and sharing a delicious meal together in the elegant Music Room at The Assembly House.  When you’ve had the chance to enjoy someone’s company, it can be easier and smoother to collaborate with them!  That evening, we were also privileged to hear from NORMAC 6 Honorary Chair Dr Martin Mahony of the School of Environmental Sciences at University of East Anglia, who spoke about ‘The Arctic Anthropocene’.  Dr Mahony’s presentation was extremely educational and impressively delivered—indeed, there were so many eager questions from pupils and teachers alike that we decided to pass on our post-dinner Arctic ‘pub-quiz’! 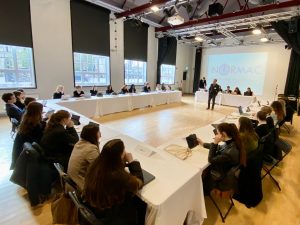 When delegates reconvened on Sunday for their final morning of negotiations, they dove directly into the diplomatic work, and they made better use of informal discussions to hammer out problematic areas of disagreement.  Still, they found themselves extremely pressed for time, and they had to abandon some proposed clauses on which they could not find mutually agreeable wording.  All the same, they made substantial progress, and they were able to complete a draft declaration by the end of the final SAO meeting.  After a lunch break, they reconvened for the Ministerial, and they agreed the sixth Norwich Declaration to their great satisfaction—congratulations to them!

As mentioned, NORMAC 6 took place after a two year hiatus due to the pandemic.  This year’s delegates and Secretariat staff were nearly all very new to model diplomacy, and to the MAC format in particular.  It was gratifying for me, both as NORMAC Director and as a teacher, to see them rise to the challenge, and to end their conference not only with an agreed declaration, but also with a sense of having learned something about the Arctic, about collaborating with others, and about themselves.  Their feedback after the conference suggests that both pupils and teachers alike valued the experience!

My heartfelt thanks to all the pupils and teachers who took part!  Special thanks must also go to Norwich School and the Friends of Norwich School for their continuing partnership and support, as well as to the NORMAC 6 Senior Secretariat staff of Deputy Director Mr Tom White, Co-Secretaries Amy G and Charlie W, Deputy Secretary Octavia U, Chief Rapporteur May M, Chief Administrator Ewan B, and Head of Media Mary B.  Thanks, too, to Media Officer Bibi B for sharing a pupil’s experience of NORMAC on the Norwich School blog.  Without the help of these staff and pupils, as well as of many others, NORMAC 6 could not have been.

If you or your school would like to take part in NORMAC, please don’t hesitate to get in touch.  NORMAC 7 is already in the calendar for spring of 2023!